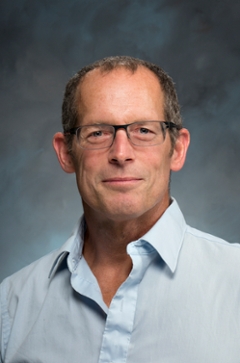 A science revolution is underway with the discovery of thousands of planets outside of our solar system, the creation of revolutionary materials, and the potential for harnessing fusion energy.  Unlocking these discoveries hinges on our ability to understand and manipulate matter to and beyond atomic pressures, conditions that alter the nature of atoms themselves.  I will show how laboratory laser experiments are opening this science frontier at light speed, revealing the potential of squishing a watermelon into a superconductor, showing how we might make transparent aluminum like in Star Trek, and changing how we explore the nature of planets-potential platforms for life throughout the universe.

BIO: Gilbert (Rip) Collins joins Rochester from Lawrence Livermore National Laboratory, where he was the director of the Center for High Energy Density Physics and a Distinguished Member of the lab’s technical staff.

He leads a multidisciplinary group of scientists, postdoctoral researchers, and students to explore fundamental properties of matter at extreme densities, the microphysics of fusion, and other areas. His work on matter at high-energy density has applications in planetary science, stellar evolution, and controlled fusion. He will lead an increasingly important area at Rochester, exploring the behavior of matter under extreme pressure.

Among many honors, Collins is a fellow of the American Physical Society and has received the APS award for Excellence in Plasma Physics and the U.S. National Nuclear Security Administration Award for Excellence for Stockpile Stewardship Program. He has appeared on television and radio shows (e.g., Discovery Channel; History Channel; National Geographic Channel series, Cosmos) describing extreme matter, planetary science, and fusion science.