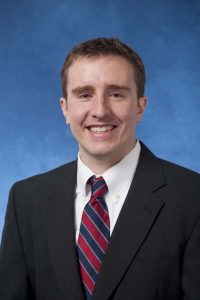 BIO: James K. Guest, an associate professor in the Department of Civil and Systems Engineering, is an internationally recognized leader in the field of topology optimization (a mathematical approach to design that optimizes material layout within a given space). He holds a secondary appointment in the Department of Materials Science and Engineering.

Guest leads the Topology Optimization Group at Johns Hopkins, which focuses exclusively on the development and application of topology optimization algorithms to the design of materials, devices, components, and systems in structural, mechanical, biomedical, and aerospace applications. Sponsors of his research have included the Defense Advanced Research Projects Agency (DARPA), the Advanced Research Projects Agency-Energy (ARPA-e), the Army Research Laboratory, the Office of Naval Research, the National Aeronautics and Space Administration (NASA), and the National Science Foundation, as well as industry. He also serves as the associate director of the Johns Hopkins Center for Additive Manufacturing and Architected Materials (JAM2) and the Center for Integrated Structure-Materials Modeling and Simulation (CISMMS).

Guest is secretary-general for the International Society for Structural and Multidisciplinary Optimization, and chair of the technical committee on Optimal Structural Design for the American Society of Civil Engineers (ASCE) Structural Engineering Institute. He also is a member of the Computational Mechanics Committee of the ASCE Engineering Mechanics Institute (EMI), and member of the Design Automation Committee of the American Society of Mechanical Engineers (ASME). He is associate editor of the journals Structural and Multidisciplinary Optimization and ASME Journal of Mechanical Design, and a reviewer for over 30 technical journals.

In 2017, Guest received the ASCE Walter L. Huber Civil Engineering Research Prize for his overall impact on the field of topology optimization and engineering mechanics. He also is a recipient of the 2015 EMI Leonardo da Vinci Award from ASCE.