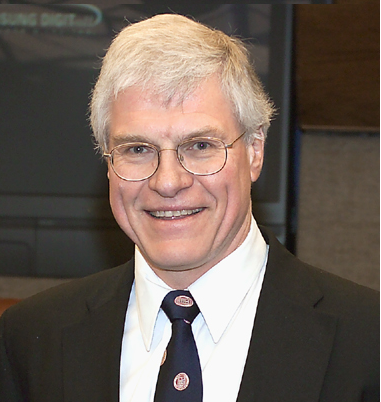 PLENARY TALK TITLE: Puzzling behavior in the impact response of UHMWPE and other fibrous materials and challenges in modeling them.

BIO: Leigh Phoenix is Professor Emeritus at Cornell University, where he served on both the T&AM and M&AE faculty from 1974 to 2019. During that time much of his research has focused on modeling statistical and micromechanical failure processes in fibrous materials. Even when studying for his Ph.D. at Cornell (1972), he became fascinated with the strength behavior of an experimental DuPont fiber called PRD-49III (later, Kevlar 49). Motivated by difficulties engineers were having in understanding strength translation from fiber to yarn to cable or composite, he chose as a PhD thesis topic the study of such strength behavior using micromechanics and probability modelling. Not long after he broadened his modeling efforts to study failure of fiber/matrix composites, includingcharacteristic distributions, size-scalings and time-dependent phenomena driving stress-rupture failure. This work became a segue into his later work with LLNL and NASA engineers on modeling stress-rupture of composite-overwrapped pressure vessles (COPVs) Many of his papers, from 1973 to 1995 and beyond, have become fundamental to the field, and continue to be highly cited in the mechanics, materials and physics literature.

In 2003, he turned his attention to modeling the ballistic response of soft body armor. His first paper, on the mathematical modeling of RCC impact into an elastic membrane, was seen as fundamental, and has been cited over 230 times.  Later papers on layered targets have also been well cited. Besides this modeling work he has also collaborated with scientists at DSM and NIST on experiments to validate various model preditions, and on building numerical models of multilayered fabric impact that run on a PC.

Awards he has received include (i) NASA-NESC Engineering Excellence Award (2005) for his work during the Shuttle Return-to-Flight program in developing a stress-rupture, reliability model for the many pressurized, Kevlar/epoxy COPVs on the Shuttle. (ii) The Fiber Society Award for Distinguished Achievement in Basic or Applied Fiber Science (1983) and (iii) Harold DeWitt Smith Medal, American Society for Testing and Materials (1992), where in both, he was cited for his contributions to the statistical theory of failure of multicomponent fiber assemblies, and (iv) Outstanding Referee of The American Physical Society, (2014).