In recent years, the demand for lightweight structures has grown tremendously, partly due to regulatory acts aiming at a greener economy. Modern manufacturing techniques such as high pressure die casting and additive manufacturing have been shown to gain success in achieving higher strength-over-density structures. With the ongoing developments in the design of new materials, comes the need for microstructural design principals for improved material stability and strength while reducing its weight. Understanding the way in which voids interact with each other is crucial for developing new design principles for future materials.
The dimpled fracture surfaces observed in a post-mortem investigation of the ductile fracture suggests that the fracture formed through coalescing voids that originated at the microstructure level. The damage process is commonly described by the nucleation and growth of voids, thinning the inter-void material ligaments, thereby becoming determinant for the fracture process. The final stages of the ductile fracture process will be discussed in the talk, with emphasize on the local plastic deformation field in the void’s surroundings.
The study that will be presented considers dominant shear loading as the driving force for plastic deformation, using periodic cell calculations and the GTN model modified for shear damage. We systematically investigate plane strain and plane stress configurations as a realization of the ligament thinning as part of the ductile fracture process. We suggest that the void surroundings and the intervoid ductile ligament undergo a transition from plane strain to plane stress, as extreme conditions, as the ligament gets increasingly thinner. 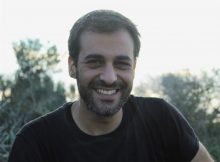