Introduction-
Traumatic brain injury (TBI) is a major source of disability and mortality in road accidents. Several investigations proposed that head acceleration is one of the underlying injury mechanisms. However, the knowledge of acceleration-induced brain deformation in human or head surrogate is limited at the injurious level. The objective of this work is to quantify 2D full-field brain simulant strains in a surrogate head at the injurious level.

Methods-
We mounted the human head surrogate on the Hybrid-III neck and impacted with the velocity of 1 and 3 m/s using a linear impactor system. The shape of the human surrogate heads, 3D printed skin, and skull are based on the geometry of the Global Human Body Model Consortium (GHBMC) head model. To simulate the brain, the interior of the skull was filled with gelatin. A tri-axial accelerometer and an angular rate sensor were used to measure linear acceleration and rotational velocity about the centre of mass of the head. A high-speed camera was also used to record brain deformations, and digital image correlation (DIC) was used to quantify in-plane (2D) strains.

Discussion-
This experimentally measured data may be used for the calibration and validation of the computational head models. This work provides important insights into the biomechanics of brain deformation during blunt impact loading.

Filed Under: Mechanics of Biological and Biomimetic Soft Materials 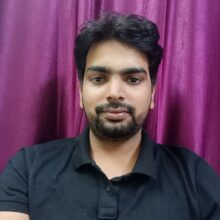