We have performed 3D finite element calculations of electro-magnetically collapsing thick-walled cylinders in order to investigate the role of porous microstructure on dynamic shear localization. The geometry and dimensions of the cylindrical specimens are taken from the experiments of Lovinger et al. (2015), and the loading and boundary conditions from the 2D simulations performed by Lovinger et al. (2018). The mechanical behavior of the material is modeled as elastic-plastic, with yielding described by the von Mises criterion, an associated flow rule and isotropic hardening/softening, being the flow stress dependent on strain, strain rate and temperature. Moreover, plastic deformation is considered to be the only source of heat, and the analysis accounts for the thermal conductivity of the material. The distinctive feature of this work is that we have followed the methodology developed by Marvi-Mashhadi et al. (2021) to incorporate into the finite element calculations the actual porous microstructure of 4 different additively manufactured materials –aluminium alloy AlSi10Mg, stainless steel 316L, titanium alloy Ti6Al4V and Inconel 718– for which the initial void volume fraction varies between 0.001% and 2%, and the pores size ranges from ≈6 μm to ≈110 μm. The numerical simulations have been performed using the Coupled Eulerian-Lagrangian approach available in ABAQUS/Explicit (2016), which allows to capture the shape evolution, coalescence and collapse of the voids at large strains. It is observed that the voids promote dynamic shear localization, acting as preferential sites for the nucleation of the shear bands, speeding up their development, and tailoring their direction of propagation. In addition, the numerical calculations bring out that for a given void volume fraction more shear bands are nucleated as the number of voids increases, while the shear bands are incepted earlier and develop faster as the size of the pores increases.

Filed Under: Damage and Failure at High Strain Rates 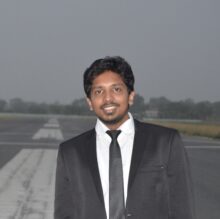