Polystyrene (PS) is considered one of the most durable thermoplastic polymers. Due to its versatility, PS is used in a wide range of products. The influence of molecular weight and temperature on the mechanical characteristics of PS has been well studied at low strain rates. However, the high-strain-rate behavior of PS with varying molecular weights and at different temperatures has been understudied, despite its particular importance in developing cold spray additive manufacturing technologies as well as fundamentally understanding the phenomenological behavior of materials in such dynamic environments.

In this study, using the temperature-controlled laser induced projectile impact testing (T-LIPIT) technique, the ultra-high-strain rate (USR>10^6 s^-1) deformation dynamics and fracture behavior of PS of various molecular weights ranging from 10 kDa to 100 kDa were studied while temperature was systematically varied from room temperature to the nominal glass transition temperature of PS (~ 100 °C). PS microspheres with an average diameter of 40 µm collided with the surface of a PS substrate of similar molecular weight at speeds ranging from 50 to 900 m/s. The flight path and rebound motion of the colliding microspheres were measured by ultrafast stroboscopic imaging (exposure time less than 1 ps). The low molecular weight PS exhibited a highly brittle behavior and fracturing at impact velocities above 100 m/s. In contrast, the higher molecular weight PS exhibited significantly less fracture behavior due to higher entanglement density. The coefficient of restitution calculated from the T-LIPIT experiments are used to quantify the USR plasticity and fracturing properties of PS. These results are useful in identifying the optimal synthesis conditions of PS particles for cold spray applications. 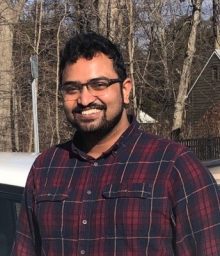