The biomechanical response of brain tissue to strain and the immediate neural outcomes are of fundamental importance in understanding mild traumatic brain injury (mTBI). The sensitivity of neural tissue to dynamic strain events and the resulting strain-induced changes are considered to be a primary factor in injury.

Animal models, primarily rodent models, have been used extensively to investigate impact-induced injury. However, the lissencephalic structure of rodent brains is inconsistent with the human brain, which is gyrencephalic (convoluted structure), and differs considerably in strain field localization effects. Porcine brains have a similar structure to the human brain, containing a similar ratio of white-grey matter and gyrification in the cortex. In this study, ex-vivo pig brains were used to investigate the relationship between mechanical strains and neurobiological changes.

Coronal brain slabs were extracted from female pig brains within 2hrs of sacrifice. Slabs were implanted with neutral density radiopaque markers, sealed inside an elastomeric encasement, and dropped from 0.9 m onto a steel anvil. The purpose was not to reproduce a specific impact related to a mTBI, but simply to apply a load and observe a resultant strain field. The markers were monitored using a high-speed in situ X-ray cinematography system and tracked via a feature point tracking algorithm. Immunohistochemical analysis was performed in the cingulate sulcus to observe any relevant changes to microtubule integrity and cell morphology.

The results of the strain fields and immunohistochemical investigations demonstrated location-dependent differences that testify to the importance of the gyrencephalic nature of the brain to dynamics injury events. The findings from this study highlight the usefulness of the porcine brain and the vulnerability of certain regions of the cortex to strain-induced changes. 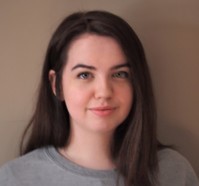