A robust porosity-mechanics-based constitutive model, suited to large-deformation three-dimensional simulations, has been previously developed [http://dx.doi.org/10.1063/1.4971654]. Simulations of plate impact experiments are performed, with a multilayer flyer configuration that produces two shocks. Experimentally observable results such as the temperature and velocity histories are compared to those obtained by G. Maskaly and coworkers and presented at TMS2020 [LA-UR-20-21774]. The dependence of the simulated results on the microstructural modelling is studied. The mechanisms for porosity nucleation are studied, with particular emphasis on the distribution of nucleation sites. Special attention is also given to micro-inertia effects, which slow porosity growth and influence the wave structure. Demonstration three-dimensional large-deformation computations are presented, using this constitutive model in an arbitrary Lagrangian-Eulerian (ALE) simulation framework. This work was performed under the auspices of the U.S. Department of Energy by Lawrence Livermore National Laboratory under Contract DE-AC52-07NA27344 (LLNL-ABS-823940).

Filed Under: Damage and Failure at High Strain Rates 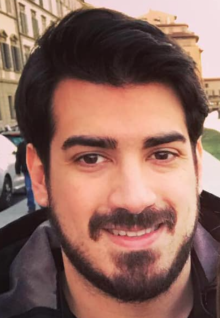