High strength magnesium alloys such as WE43 are promising materials for lightweight physical protection systems for military and other applications. The high strain rate mechanical response of the material is critical for successful use in such roles, and this is less well understood for magnesium than other alloy types.

In this work, WE43 plate has been tested under both quasi-static and high strain rate conditions (up to a nominal strain rate of 2100/s). The effect of both temper and test direction (anisotropy) has been studied. Tests have been performed in solution treated, peak aged, and over-aged material.

In all temper states and directions, the alloy is remarkably strain rate insensitive, and this can be explained by the lack of strong adiabatic heating. A suitably calibrated crystal plasticity model (VPSC) can capture the flow behaviour reasonably accurately and correctly predict the modest anisotropy in behaviour, which is attributed to the texture of the plate. The VPSC model has also been used to predict the contribution of each deformation mode to the flow behaviour as a function of temper and test orientation.

The way these effects could be combined to provide a favourable combination of properties is discussed using VPSC simulations. The influence of each effect on the importance of slip and twinning in controlling the overall deformation response is also considered.

Filed Under: Slip, Twins, and Voids 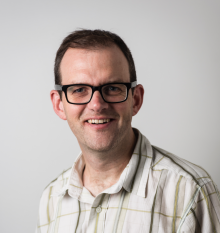